What Makes a Tanka Memorable?

What Makes a Tanka Memorable? 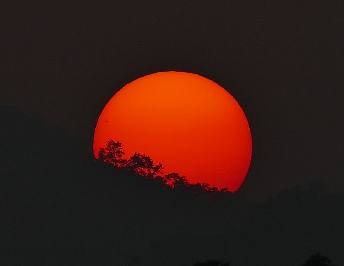 I think the closest I've come to defining 'what makes a memorable or quality tanka' was in my Judge's Report for the 2013 British Haiku Tanka Award (in which David placed first!). I think it explains how I feel and what I will be looking for, with two fine examples:

Put simply, tanka is an untitled, unrhymed quintain; a ‘short song’, a sketch from life. Traditionally, tanka explore the themes of love, longing and loss and often have a deep sense of the painfully ephemeral nature of existence. As distant as modern English language tanka may seem from the waka of the Man'yōshū, it continues to honour its ancient forbear, exploring these universal themes and concerns. I am particularly fond of tanka that pay homage to that time-honoured tradition and yet are also imbued with the character of our own era.
There were many excellent tanka which exhibited several of the above qualities, but few struck me as innovative or memorable. I was looking for something more: a new twist on an old theme. For me, a fine tanka has what Denis Garrison so aptly described as “dreaming room”.

the scrimshaw
of those who have never
been to sea . . .
men who can tattoo
‘I love you’ to the bone

Scrimshaw is the art of embellishment, known to many as the craft of sailors, who would while away their free time using sharp implements such as pocket knives or sail needles to scratch scenes onto whale bone and ivory. The engravings were then pigmented with squid ink, tobacco juice, or lampblack for contrast. It is suggested that the art-form, evident in artefacts of decorated bone, stone, shells and pearls across many cultures, can be traced back some 3000 years or more. There are purists who insist that the term scrimshaw can only be applied to the work created by sailors on whaling ships prior to the 20th century and that when the industry went into decline and ivory became a restricted commodity, true scrimshaw died out. But recent years have seen a resurgence in the craft; new generations of scrimshanders are working with a variety of materials, and applying the old methods to create (not necessarily nautical) scrimshaw scenes.

When applied to our winning tanka, this beautiful craft, steeped in history and tradition, brings with it many layers of meaning. The tanka opens simply with ‘the scrimshaw’, immediately taking us to the art itself, the
pastime of one who has spent many months at sea, who perhaps idles away the long, uneventful hours, thinking of home, or a lover he has left behind. But then we are introduced to the possibility that this is the craft of
someone who has never been to sea. Here the tanka pivots and concludes with the striking statement: “men who can tattoo ‘I love you’ to the bone”. Perhaps the poet is suggesting that if love is the sea, few have successfully navigated it, or have real understanding of what true love really is, in contrast to the man who, like an accomplished scrimshander, can tattoo love to the bone. Another interpretation is that as we have learned from reading about the subject, it is possible to create scrimshaw even if one has never been to sea and therefore, quite literally, the loved one is whale bone, ivory, or any other suitable medium, destined to be
adorned by the lover. Of course, scrimshaw in itself is a form of tattoo, but there is a deeper resonance here; we are all familiar with the ink that many sailors wear as a badge of service, but there are many who find the idea
of tattoos appealing, as they are something that remains part of the wearer to the very end; they can be taken to the grave. Only fire, or the natural process of decay, can wrest them from one’s being. Many would say this is also true of love . . . ‘undying’ love.

There is a pleasing echo, whereby ‘tattoo’ chimes with ‘I love you’ and this reinforces the modern tone. Additionally, there is no clue as to the sexuality of the speaker. This is a tanka that transcends place and time,
yet it has a universal and ageless appeal.

next I must
order your flowers
my dear:
twenty long-stemmed roses
uniform dark red

There were several tanka worthy of second place, but as with the first prize winner, this was a tanka that struck me on my initial reading and it was one with which I became increasingly preoccupied. It is always a sign of a
powerful tanka if the reader is not only drawn to the imagery and emotion, but continues to be interested in the ‘story’ behind it. Deceptively simple, the tanka, in its reference to choosing flowers, appears to be an
expression of grief. It could be that the writer is choosing flowers for a lover who is very much alive, but the precise wording and strong rhythmic quality are suggestive of someone recently bereaved, who is ‘going
through the motions’, making the necessary arrangements, ensuring that everything is just-so for the dear, departed one: ‘next I must’ immediately draws us into this mind-set, with the emphasis on ‘must’; one gets a
sense of someone who is struggling to hold things together – people who are mourning a loved one often feel as if the funeral preparations are the ‘last link’ and it is not uncommon for them to continue to refer to the person
who has died in the present tense. The poet alludes to this with seemingly effortless grace, as the first three lines of the tanka are spoken directly to the loved one. First impressions are that the tanka has a precise,
disciplined feel, reminiscent of someone who is trying to maintain order at a time of great emotional pain, but the closing two lines take this one step further; we are told exactly what flowers are to be ordered and the
specifics reveal a little more about the speaker and the loved one. “Long-stemmed roses” are, of course, a traditional symbolic expression of romantic love, but we are accustomed to there being one or two dozen – in this case there are twenty. Why might that be the case? Read on. We are told that the roses are “uniform dark red”. The reader might anticipate the roses would be red, but why “uniform”? Again, there is a sense of order; these roses have been chosen by someone with an eye for detail, who wants everything to be perfect. But beyond this, there is a distinct military feel. I can’t help but speculate that this is a tanka set in a distant era, but this may not be the case. Was the loved one a soldier? Was s/he only twenty when s/he died? After all, many regiments have dark red ceremonial livery. The closing line is particularly well thought out; one might expect it to read ‘a uniform dark red’ in reference to the roses, but by simply stating ‘uniform dark red’ the meaning is less clear and could also imply that the loved one will be dressed in the colours in which he/she served.

As in the winning tanka, the sex of the speaker is indeterminable. It is very satisfying to read this tanka aloud, not only because the strong rhythm reflects and reinforces the themes discussed, but the long vowel sounds
encourage the reader to enunciate the words and take time over them; the repetition of ‘m’ sounds in ‘must’, ‘my’ ‘stemmed’ and ‘uniform’ reinforces this, as does the echoing ‘w’ in ‘flowers’ and ‘twenty’.
These are only my interpretations – the ‘truth’ behind each poem might be quite different, but that is one of the joys of reading tanka: the reader participates in the poetic experience and completes the tanka and every reader will see a different facet of the same gem. A particular tanka’s propensity for myriad interpretations is something that singles it out as fine and memorable.