Home Generators: The New Must Have Appliance 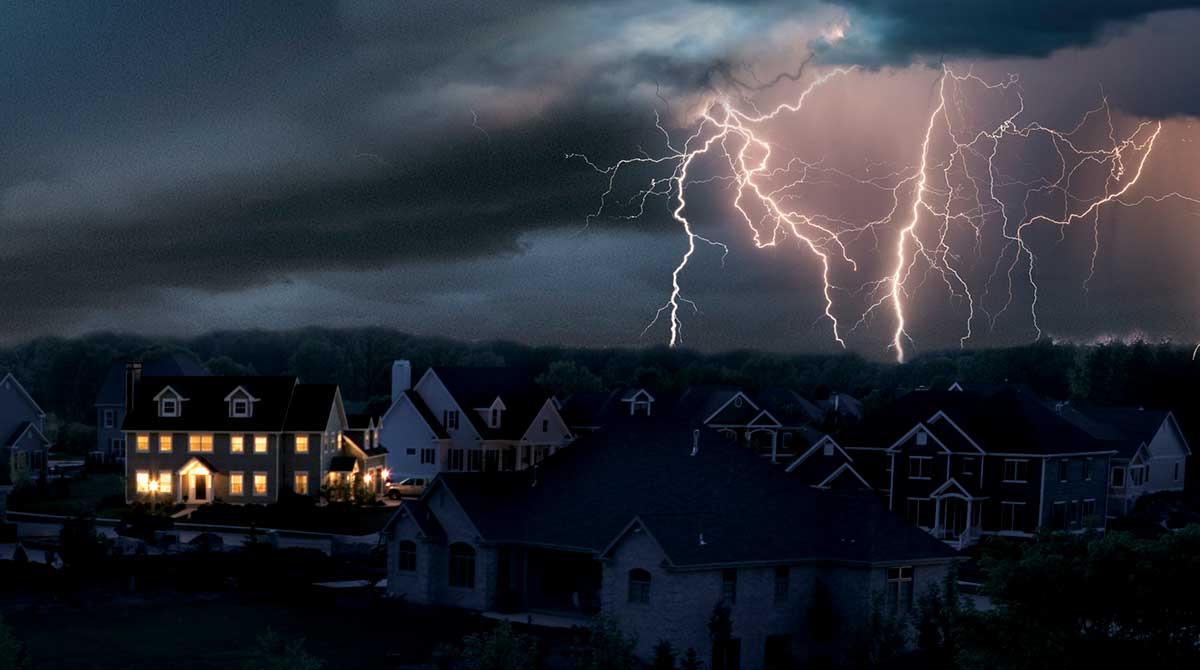 A single home has electric power supplied by an automatic home generator in the midst of a city-wide power outage following a severe thunderstorm with high winds.

Anyone who ever lived through a long power outage lasting more than a few hours has probably thought about investing in a backup power system. The good news is they are available and less expensive than news reports might have you believe. Even better, they are more powerful and more fuel efficient than ever before. And they meet strict air-pollution standards for use just about anywhere.

In the best case, a power outage lasts less than two hours. That means your refrigerated food is safe, your freezer has not thawed, and any other essential systems like basement sump pumps are up and running before damage occurs.

The worst-case scenario happens after disasters like a typhoon or hurricane. Hurricane Sandy in 2012 left some people in the dark for more than five weeks. Hurricane Maria devastated Puerto Rico’s power grid and left people without power for months.

How Does a Standby Generator Work?

They are a permanent installation that connects directly to the home’s electrical system through an automatic transfer switch (ATS.) Most of the time, they “stand by” and wait for a power outage to happen. When the power goes out, the generator or transfer switch (depending on the manufacturer and model) detects the outage.

First the ATS isolates the utility lines from the home electrical system. Very important because if the generator current made its way into the electrical grid, it could injure or even kill a utility line worker. Broken lines laying on the ground could electrocute someone nearby. Short story—it is important to disconnect the house from the grid.

After isolating the house, the transfer switch connects the generator and restores power. It's all automatic and takes place in less than half a minute after the power goes out.

Even if you are not home, the house has power for the refrigerator, freezer, sump pumps, plus lights and appliances. You won’t return from work or vacation to find the basement flooded or spoiled food in the refrigerator.

This infographic shows how a standby generator works during a power outage. 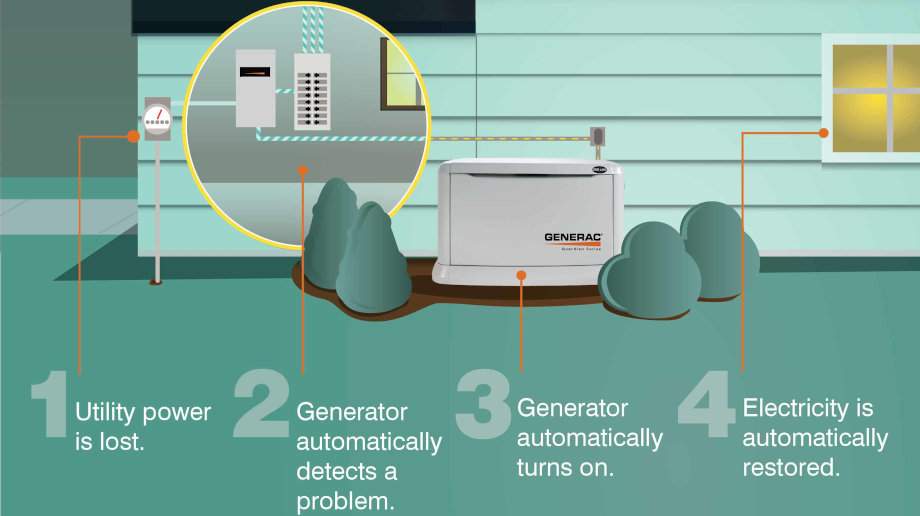 What Can Backup Generators Power?

Anything you have in your house including air conditioners, heaters, freezers, refrigerators, and more. Any electric appliance is a candidate to receive backup power if you need it to work during an outage.

There are two choices in the kind of system to buy. A generator that only powers essentials will cost less, but it also powers less. It may not have enough power to keep the refrigerator running and power a central air conditioner at the same time. These usually fall into the 7.5 to 12kW capacity range. The transfer switch is limited to a few circuits—usually between 8 and 16 circuit breakers.

A whole house generator has enough power for the entire home. That might be 16kW or 20kW. Larger homes may need even more power from a larger generator like the 24kW Generac Guardian—the largest air-cooled generator on the market according to Norwall PowerSystems. Air-cooled generators cool themselves by blowing air over the engine and alternator.

Interested? Check out the 24kW Generator from Generac. Leave the noisy portable in the garage and enjoy the quiet peace of mind of a generator that makes less noise than a central air conditioner and keeps your lights on instead of leaving you in the dark.