Welcome to the second round of Where Tanka Prose Grows  here at Mandy's Pages. Susan Burch and I welcome you to this friendly challenge.  The aim of this challenge is to create awareness about the beauty and intricacies of tanka prose, with the hopes that tanka poets may take that next step to blending tanka with prose / literature.

It is an honour to be asked to write this foreword and to judge the Tanka Prose on Mandy's Pages. Thank you, Mandy and Susan, for asking me. While I do not consider myself to be an expert at tanka prose, I do look for certain characteristics in a successful piece. I hope these will help you as you create your submission.

1. The title of the tanka prose relates to the theme. It also attracts our attention so that we want to read on.

2. The theme is original, not one that has been explored so many times it has grown stale in the telling.

3. The tanka prose has a strong beginning and conclusion. We should be left with that Ah-ha moment.

4. It expresses the writer's intention, simply and eloquently. In Japanese forms, less is more.

5. It has a powerful metaphor underpinning the theme. The strongest work will suggest, never preach to us.

6. The prose and the tanka are equal partners.

7. The tanka introduces new material. It does not repeat what was already said in the prose. Kala Ramesh said it beautifully on this same site last year:

The poem should not be a continuation of the prose passage, but should link yet shift away from the prose. This creates the juxtaposition and a certain void between the two. It is this space between the prose and the poem -- that creates the spark, that connection, which makes the tanka prose a rich experience for your reader.

8. The submitted work has not been published (all or in part) in print or in an open group on social media. A closed group is fine.

I wish you all every joy in crafting your tanka prose for this competition!

Potential participants new to tanka prose are urged to read the essays (specific to form, style and composition) by Jeffrey Woodward (the leading expert on English language tanka prose) that are readily available online. 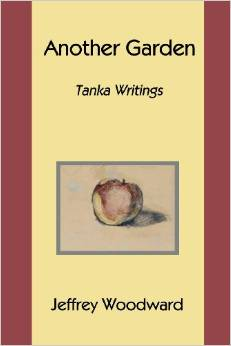 Entries will be anonymous.

The results of 'Where Tanka Prose Grows: 2015' will be announced during the first week of October.

The top three entries will be posted on the website.

Each winning entry will receive a ‘Certificate of Merit’ from Mandy’s Pages.