Results of the Annual Tanka Contest - 2014

The Annual Tanka Contest 2014 here at Mandy's Pages was organized during the month of June 2014. It was a wonderful experience hosting this contest and I am humbled and amazed at the amount of support I received from the earliest announcement of this contest this year, right to the end of the last voting stage. So many people have stepped forward to sponsor this contest, and an amazing number of poets joined in to participate.  To add to that, an equal number of friends also supported the voting process on Facebook.  What thrilled me the most was the demography of poets entering the contest and how enthusiastic each one has been.  The theme for the contest was Love and it is no easy task to capture the core nature of love in poetic terms. Kudos to all who participated and you have my sincere gratitude.

Before I announce the winners, a word of thanks and my heartfelt gratitude to the three judges M. Kei, Kala Ramesh and Matsukaze for their incredible skill, talent and love for tanka in helping decide the worthy winners. Thank you so much for your time and patience with analyzing each tanka in depth to pick the winners.

I would also like to thank our monetary sponsors Darryl J Rozario and Clive Oseman for their immediate and willing support.  In addition, I also thank Pamela A. Babusci, David Terelinck, Belinda E. Oliver,  M. Kei, Kathy Steinemann, Kathy Uyen Nguyen and Susan Burch for sponsoring books for the winners.

The three judges for the contest were M. Kei, Kala Ramesh and Matsukaze.  They had to grade each tanka based on different criteria: 10 points for Quality and Technique, 10 points for Twist / Pivot / Surprise Element and 10 points for Individual Appeal and Originality - tallying to 30 points per tanka per judge.

The First Place goes to Tanka #54

54
his false teeth
and her round spectacles
on the side table ...
do one and one
always add up to two?

Lily Walters’ tanka #54 presents an original depiction of love and loss. His false teeth and her spectacles are not the objects usually taken to represent fidelity and love, but in this image, we see clearly a couple who are growing old together. And then, the last two lines ask us, “Do one and one always add up to two?” From this one know one of them has died. We don’t know which one, but it doesn’t matter. The bond is severed. The narrator must have known them intimately to have seen them without their teeth and spectacles, and so we feel the poet’s grief, and also share the grief of the unseen survivor. The widow or widower has withdrawn from the world, and from this we can guess at the devastation they must be feeling. One and one no longer adds up to two, and no one can comfort the loss. This tanka is a masterpiece of what tanka can accomplish through the art of implication. By the adroit choice of details the poet has told us far more than could be said in plain words. The unspoken fills the poem with heartfelt emotion.

Ajaya Mahala’s tanka #21 is a delightful depiction of romantic love. A small shared umbrella isn’t doing the lover much good. He is half-soaked but he doesn’t care. He is filled with the chivalrous urge to protect his beloved from anything, and so the umbrella is held where it will do the his beloved the most good. Nowadays, romance has taken a decidedly unromantic turn with lovers sending text messages instead of writing sonnets, but the lover in this poem have found a gesture equal to Sir Walter Raleigh spreading his cloak over a muddle puddle. It’s a delightful image, and a fresh approach to tanka. Once again the art of implication allows us to see much more than is contained in mere words.

Asni Amin’s tanka #32 is another romantic tanka. The gesture of meeting another’s eyes is as old as love, but the metaphor of the lifting veils adds layers of implication—something has obstructed the lovers from meeting, but at this moment, even though they aren’t alone, they are able to share their love if only with their eyes. The ‘thousand veils’ symbolizes how difficult the separation has been, and how delighted the lover is to obtain just one look. It’s a fairytale romance set in the modern world.

Radka Mindova’s #43 is a straight forward modern tanka in which the symbolism of the sugar and the bitterness of the coffee represent the feelings of the narrator. No matter what she does (how much sugar she uses), it can’t heal the damage done by his words.

Congratulations to all the winners for your deserving win.

Once again, my sincere gratitude to all who have been part of this contest either as judge, sponsor, contestant or voter.  Thank you for your encouragement, without which this contest would not have been possible.  Cheers!

To view the list of prizes for each winner ... refer to the announcement of the Annual Tanka Contest 2014. 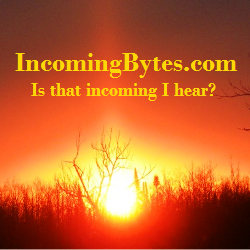